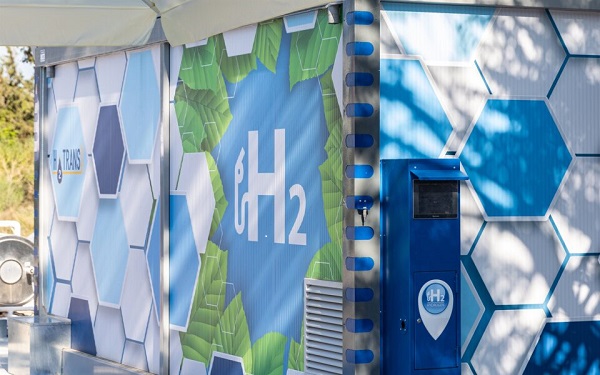 The first hydrogen refueling station in Greece was inaugurated on Wednesday 18 May 2022 inside the facilities of NCSR “Demokritos”.  The station was developed using Cyrus’ system of noise free hydrogen compression based on metal hydrides. The station refuels light duty vehicles, such as bikes, scooters, and utility cars with zero energy footprint and very low sound levels.

The inauguration event was honored by the presence of -among others- the Minister of Environment and Energy, Konstantinos Skrekas, the Deputy Minister of Research and Innovation, Mr. Christos Dimas, and the Deputy Minister of Transport, Mr. Michalis Papadopoulos, who stressed the important role that hydrogen can play in tackling the climate crisis.

In the context of the event, a new investment -which exceeds €1M- in Cyrus was announced. The investment comes from Uni.Fund -which was the first investor in the company in October 2019-, the NASDAQ-listed company ADVENT Technologies, and other investors, and will be used to support the company’s expansion in new markets and for further product development. It’s worth noting that the company is currently developing a new compressor with application, inter alia, to heavy vehicle refueling stations, trucks, and buses.

Konstantinos Lafkas, Uni.Fund Partner, noted that: “The case of CYRUS is a unique example of how we envision Greek spin-off companies. The team has an internationally recognized scientific background and develops state-of-the-art compressors. We are currently talking about a unique station in the world which operates with metal hydride technology and produces almost zero levels of sound and environmental pollutants. We are very optimistic about the course of the company, inside and outside Greece “.